The Men's World Cup 2017 took place in Liege, Belgium from 20-22 October 2017.
But who qualified for this prestigious table tennis event?

And from 2013, 20 players compete for the World Cup, with the World Champion automatically qualifying and at least 17 players qualifying through Continental Cups or equivalent types of tournaments. However, no more than two players per Association are allowed to take part.

The Women have their own World Cup competition which is being played in Markham, Canada from 27-29 October 2017, but I'll be focusing on the Men's competition here.

How did players qualify for 2017 Men's World Cup

Twenty players qualified for the 2017 Men's World Cup as follows...

The following players qualified to take part in the LIEBHERR Men's World Cup 2017...

The tournament consists of two stages, with all matches being the best of seven games, but first, all the players taking part are ranked and seeded according to the latest available World Ranking list.

In the first stage, the players seeded from 9 to 20 (12 players) are divided into 4 equal groups of 3 players, with all the members of a group playing each other (round-robin).

The remaining players seeded 17th, 18th, 19th and 20th are drawn randomly into the third and last position in each group.

If there are two players from the same Association, they are drawn into separate groups.

There is no separation by Association.


So what prize money is on offer?

The German manufacturer DONIC was the table sponsor and supplier for the LIEBHERR Men's World Cup 2017.

The balls being used were Double Happiness 3 star plastic, and the flooring was by Enlio. 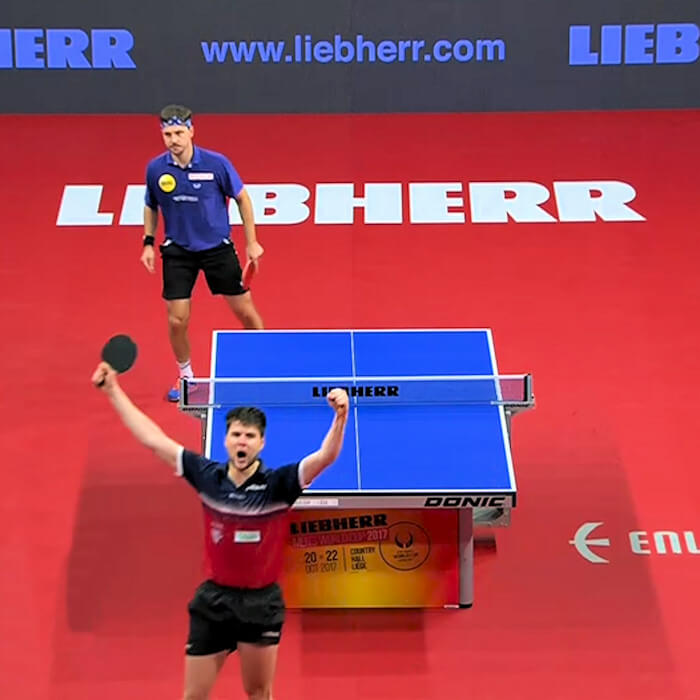